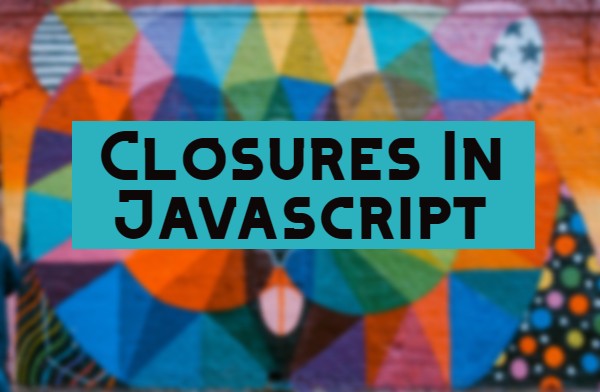 What is the lexical scope?

It is the static scope for accessing the variables, functions, objects or arguments in Javascript on the basis where it is defined while writing the code. The lexical scope helps the parser to resolve the function names in case of outer and inner functions(called as nested functions).

Now we will see an example of closure as shown below:

We can reuse closure in the following way to avoid writing the heavy tasks again and again.

We can use closure for the reusability of code. In the above example, fetchData is a function that takes an argument URL and returns an inner function which will do the heavy task of fetching data, posting data, etc. In this example, I have used angular HTTP requests to make a get call. You can do any heavy task inside this inner function. We can pass different URLs for different customer's request and we just have to call the fetchData() function passing the appropriate URL for that customer. Then we have to call the inner function using the urlPath() to fetch the results.
javascript