Difference Between Var, Let and Const In Javascript 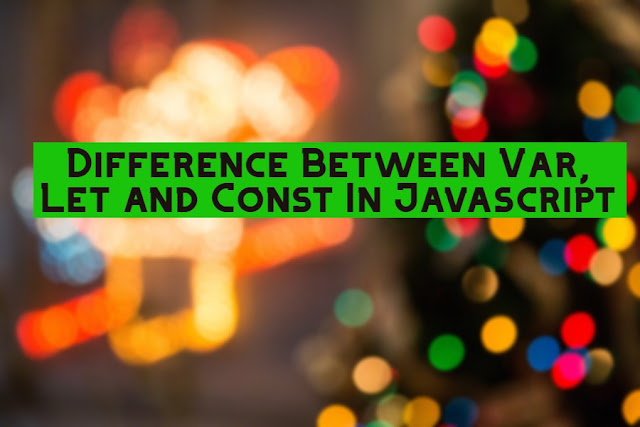 We have var, let and const to declare variables in javascript. We will see the difference between the three in this section.

Scope of var, let and const

Scope means the part of our code or logic where variables are available for use.
var - Global and Functional Scope
Now we will see function scope with var. We will get an error for b as var b is function scoped in the following example:

We will see how to update and redeclared work with three:

var - Redeclared and Updated
let - Only Updated not redeclared
But the below code works fine as we will only update the value instead of redeclaring it.
const - Neither update not redeclare
Throws TypeError when we try to update variable declared using const.