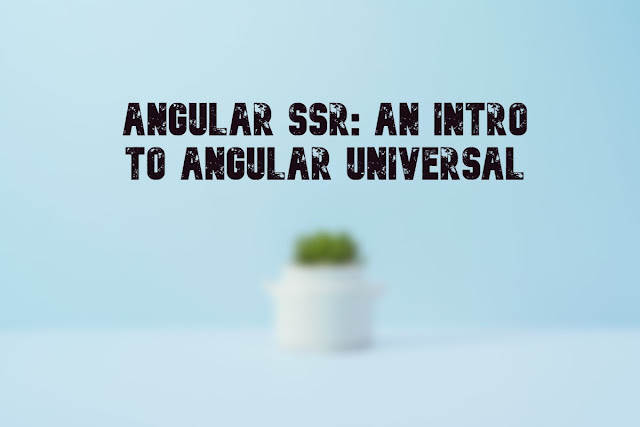 Angular Universal is a technology which helps to pre-render our application for better performance, better search engine optimization(SEO), etc. It will run the application on the server like Node.js. Angular Universal will render the application on the server Ahead Of Time(AOT). It will render the static pages at first so that we have something to show to the user immediately. In our client-side applications, we will first bring the data and then HTML is build to show on the client-side. Sometimes there is a subsequent delay in that or UI presentation is done at the last moment. So Angular Universal allows us to pre-render HTML and CSS during build time.

When we build an application using Angular Universal, Angular will pre-render initial static HTML and CSS for better user experience. This pre-render content will be shown initially. Afterward, with this server-rendered HTML and CSS content, we will provide the client-side application to our browser. After the server pre-rendered content, our normal client application will run as usual. Using Angular SSR technique, we will have some content to show to the user on the fly. It serves a better user experience with no time delay, better performance, etc. After the server-rendered static code, the client application will be fully interactive with the user.

To start rendering enter the following command:
Now our universal app will start rendering in the browser at http://localhost:4000. We can change the configuration of the port also. Now we will see that our application will load faster than the normal Angular application. The first page loads faster with Universal.


The difference of source code with Universal

Our universal application will initial run on the server, not on the browser. So the following things should be taken care of: