Men Are From Mars, Women are From Venus 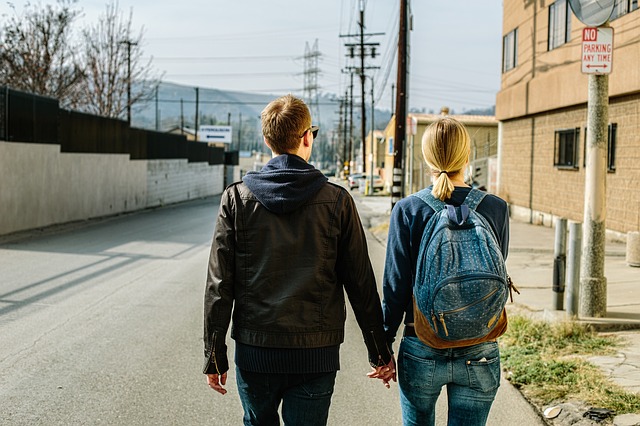 This is the book title by John Gray. The concept explained in this book seems really compelling and real. The book is a work of great analyzation. The book described the psychological discrepancies between men and women. Men and women are unique creatures. Metaphorically they are called as the residents of different planets indicated by the title "Men Are From Mars Women are From Venus."
So it's natural to have differences in thoughts, nature, reaction, and expression. The book explained how men and women should accept their differences to strengthen their relationship. The problems between men and women are the result of neglecting that they belong to different planets. They can't be similar. If they keep this in mind, conflicts will not happen.

Men used to live on Mars. After staying there for years, they feel bored. So they decided to visit Venus. On Venus, they get a chance to meet women. After meeting them and spending time together, both started to feel differently about each other which is "love." For years they keep on understanding each other. Love blooms between them. After that, they came to planet Earth. After landing on earth, they forget everything. From that day problems and conflicts started rising between men and women.

There are many differences between men and women. They should accept their differences to lead a happy life.

Men and women think uniquely. Men tend to solve their problem on their own. It makes them feel contented and strong. Before communicating, they tend to solve by themselves. When they use to stay on Mars, they tend to do the same. If necessary, they will go to another man and ask for solutions to their problems. It makes them feel wise and competent. Men risk failures. Their main purpose is to achieve their goals. Appreciation makes a man feel happy and successful. Although women like cooperation and tend to share their feelings more often. Women like to do things together with assistance. Women want someone should be there listen to their problems. They expect men to listen than offering solutions. Though Men are solution oriented. Women don't expect men to leave them alone crying or facing a solution. Women need your presence and support when they are hurt or in despair.
Real example
During a fight, when your girl is angry and fighting with you badly on the phone. Boys generally hang up the call and sleep.
Boy's thoughts - She is crying a lot. She will not understand right now. Let's sleep and call her tomorrow. It will be fine. Speaking right now can extend their fight.
Girl's thoughts - He is so mean. He left me in despair and slept peacefully. He doesn't love me at all. I need him right now and he is not there. She feels alone and miserable.

Men go to their tents but women talk

During tough situations and problems, men and women both acts differently. Men want to solve their problems by themselves. Men tend to go to their space or tent. They do so to think about the solution or forget the problem. They will be in their own zone during this time. But women talks with her friends to make themselves feel better. She continuously talks until she feels good.
Real example
During a stressful situation, men tend to be silent and try to deal with the situations. But women want to talk at that moment to feel relaxed.
Boy's thought - Why she wants to speak every time? I am not in a mood to talk right now. There are plenty of things to sort out. She will always be complaining about things whatever I will do.
Girl's thought - Whenever I want to talk to him, he is silent. He always ignores me. Our love is dying. He doesn't care for me now.

Men want to feel that they are required. They should feel that their existence matters to the person. If they start feeling that his girl doesn't need him anymore, then they start maintaining a distance. They think reasonably and do things whenever required from their side. When they don't feel their need, they start feeling less important. But women on the other side tends to give care even at the cost of sacrificing herself. She loves to care and expects the same from his man. When he fails to do so, she feels he is not caring anymore.
They both should learn from each other to maintain a balance.
Real example
After two years of their relationship during a general discussion regarding how it was. The woman started telling the man that things have changed a lot now. Firstly he used to be more caring.
Boy's thought - At that time I felt that she needs me. That's why I was there. Always supported her and given her time, but she can never be happy. If things go her way, it's fine. Otherwise gone.
Girl's thought - He is not caring anymore. He is a changed person now.

Men tend to spend their time with his friends and he wants his space at different points of time. He tends to go away to have his time with friends enjoying and playing. The author relates this to the behavior of a rubber band which stretches but comes back to its position as well. Man tends to behave like this often. If you leave them to enjoy their space, they return back and love you more.
On the other hand, women are like waves. She has up and down conditions. Whenever she sticks to the lower part of the wave, she feels depressed. She stays there for a while no matter what you do at that moment to pull her. She starts feeling anxiety and a feeling of despair. At this moment, she can dig back previous issues which have been resolved long back. This situation results in problems. Men tend to put efforts to make her happy when she is in a down state. When women turn back normal, men feel frustrated regarding their previous behavior. The conflicts start arising.
Real example
During the weekend boy plans a party with his friends to enjoy after many days. On the other hand, his girl is feeling homesick and wants to talk. In the presence of his friends, the boy failed to talk with her.
Boy's thoughts - Why today? I can't enjoy with my friends whenever I want. She can do something to feel better. Anyhow whatever I will say, she is not going to feel better.
Girl's thoughts - He is enjoying leaving me alone here. He can talk in between the party, taking out some time for me. He can chat at least on WhatsApp. His friends are more important than me.

Giving points to each other

Considering each other's efforts is the real meaning of giving points. Boys think logically and tend to do things which they feel necessary. They failed to understand that for women big and small things matters the same. She considers your efforts equally. Men tend to value big presents more. Women rather like small things done for her. Women expect your thoughts behind that small gifts. The author rightly said that men value results but women values thoughts that come with the result. Men should understand that if their partner is not telling anything doesn't mean she is happy. She wants you to do small things for her. On the other hand, if a woman is feeling that she is doing more efforts and getting nothing in return. She should reduce her giving in this case. Or she can directly communicate this to his partner. Avoid negative communication in your relationship.


"Accept our gender differences with an open heart. It's the success of our relationship."