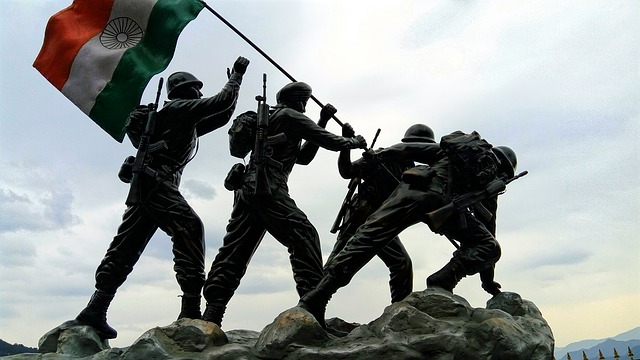 Democracy in India is established giving full rights to people to elect their leader and government which will work for the people. Indian democratic system is a multi-party system. India is one of the world's largest democracy with a large number of political parties active right now.

We should be happy to have a multi-party system required for democracy?

The above statement stands true if our parties are honest and accountable to the citizens. Honesty is hard to find in politics. In the name of democracy, many political parties started coming up in front and began corruption in the Indian political system. Corruption started when government officials began to feel that they are paid less as per their position. They started getting personal benefits from their power financially. Money which is raised for common people interest is consumed by political parties themselves. Money is human's tendency nowadays but these political parties taking it to another level by keeping 90% of people's share into their pocket. Only 10% reach to the common citizens. Political parties support each other in corruption as it is beneficial for both sides. Low job opportunities are a secondary reason for increasing corruption in India. Corruption in India can be done on the name of religion as well. The party in power wants to gather money as much as people to feed their upcoming generations. Political parties have no concern to work got the betterment of the country. During elections, they will conduct rallies and campaigns to influence people that they have the vision to work for their betterment. Nothing is being fulfilled by any political party after coming into the majority. Indian political system is so corrupt that pending cases will not get closed ever against officials. No strict actions or punishments against convict practicing corruption is the main cause.

The political leaders exploit our nation continuously for their own interests and benefits. If strict punishments like not giving to the ticket to the convict by the election commission, expose them in media so that common people get aware, treat them with disrespect throughout, suspension of their party, etc should be done against them. Just taking fine from them or changing their location will never help to abolish corruption in India. Corruption is deeply rooted in India. Citizens of India should take steps to stop it. Talking about it in groups, discussions, and debate will not help. If we really want to stop corruption, we all should take steps to remove it from our country. Involving media, starting campaigns against the convicts, demanding for strict punishments, people should get united and raise their voice against it. Taking strict actions by citizens of India and the government can help reduce corruption eventually. Anti-bribery laws should be properly enforced. Transparency should be increased in government processes. Common people should be aware enough about the leader standing in elections.

Who will free our country from deep roots of corruption and injustice?

The other main concern in Indian politics is the disinterest of youth to participate in politics. The scariest profession according to the Indian youth is Politics. Fakeness is the word associated with politics. Politics in India is for uneducated ones. People perception is that education is not associated with politics. When I was in my training during the job, in our behavioral session our trainer asked everyone What is your goal or passion in life? One girl told that she wants to join politics and serve the nation. Everyone started laughing on her vision to join politics. Not to join politics is the common perception of our youth. This perception is being developed after seeing the present scenario of Indian Politics. But this kind of perception is wrong. People who are interested to serve their nation should try forming a youth political party. Honesty should be their main concern. This party should be considered as the voice of the youth. Young educated leaders should drive this party. Someone has to take initiative for the betterment of our India. An honest leader who has the vision to work for the country's development should be elected as our leader. Money should not be their influence to join this party. This party has to face many challenges to popularise this youth party as the existing parties will form an alliance to oppose it. We can take the help of media for the smooth functioning of this party. Many parties came up with the same objective at first. But later they also get involved in dirty politics. This should not be the case. This youth party should have people the same objective and ideologies to work for the country's welfare. Someone has to be in power to stop the corruption throughout. Youth people can raise their voice properly with their own leader coming into the majority. A less experienced educated leader will be far better than the old corrupted ones. Empower citizens is another way to end corruption. The young leaders in youth party should not have the perception of getting rich with their power.

How many citizens of India actually vote?
The ratio is less than 50% of people who actually go and cast their vote during elections. This is an alarming situation which needs to be addressed. People are not interested even to cast vote in our country. The educated ones are the defaulters. They have the opinion that one vote will not change anything which is wrong. Political parties get benefits because of this. They will raise funds to poor people and make them cast their vote for them. If we vote for an accountable and responsible leader, it will be good for us as well. Don't make wrong perceptions of "no voting at all."
Always vote for the candidate of your choice. Maybe your vote can change our country's future. If everyone will decide not to vote, then there is no meaning of democracy at all. I would like to urge everyone to use their right to vote for the country's welfare.

True words by John Quincy Adams:
Always vote for principle, though you may vote alone, and you may cherish the sweetest reflection that your vote is never lost.

Transparency, freedom to media, enforcing anti-bribery laws, more information about processes to citizens, increase the role of auditing would help us reducing corruption and eventually abolishing it from India. Electing their leader once in five years is not the true meaning of democracy. The government should be accountable to citizens. Citizens of India should use their rights against the government to speak during corruption matters. We should not be ignorant about politics from now on. Other people are getting benefitted with this attitude. Anyone is standing and winning the elections in India. Citizens of India should become more aware and responsible to make our country a better place to live.

"Let us all establish democracy with the perceptions it was established in India."